In the past year or two, VR technology has been making headlines. In November 2016, Qilu Innovation Valley established the Virtual Reality Technology Committee of the Shandong Institute of Electronics. In the future, Innovation Valley will create a VR industrial base and product showroom. VR is hot, but what exactly is the "money view" of the VR market? What is the current mature VR product? Where is the VR business in Jinan? The reporter conducted an interview. 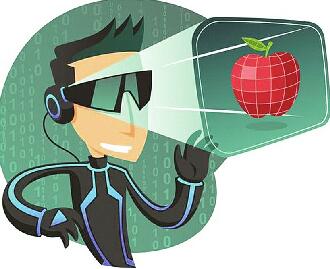 It is understood that most of the domestic hardware copy of Oculus's source code, can be very strong, many do hardware, do not have their own core algorithms. A survey conducted by the State Key Laboratory of Virtual Reality New Technology of the Beijing University of Aeronautics and Astronautics found that it is very costly to make VR hardware at home. A few years later, a group of VR hardware down, a group of VR content to stand up.

Jinan Comin Digital Technology Co., Ltd. was established in November 2004. Since 2006, it has been focusing on the VR market. It has more than 10 years of experience in rivers and lakes. It is currently the leading virtual simulation teaching, multimedia display, and virtual reality technology. Development and application service providers. For the "money" scene of the VR market, the chairman of the company Chen Qingkui told reporters that the application of virtual reality is already very widespread in the enterprise market, such as construction, education, design, medical care, exhibitions and other fields. "I'm very optimistic.

"The VR market has an internal environment and an external environment. The internal environment is software and hardware. This is limited by technology. The external environment is the level of understanding and acceptance of VR products by customers. More than 10 years ago, in order to promote VR technology and products, Need to run around with a laptop, anywhere to tell people what is VR; now, as long as the VR, 90% of people know this is virtual reality, this is the market recognition.â€ Chen Qingkui frankly, at present he is The annual sales revenue of VR products of the company is increasing by 50%. In 2017, the company will also conduct capital operations and focus on opening up VR market through asset restructuring.

The reporter learned from the Qilu Innovation Valley Development Center that there are currently 50 to 60 VR companies in Jinan, but most of them are engaged in software technology development, and they rarely touch the production of hardware equipment. This is because the technical threshold of hardware is very high, and SMEs, especially startup and innovation companies, are hardly accessible. Product content is still based on "see"

From the VR hardware device perspective, VR products are mainly divided into three files, the first file is the mobile terminal, is to use mobile phones and VR glasses, portable and lightweight, such as Samsung's GEARVR; second file is the PC side, which is the head Wearable monitors, such as HTCVive; third gear is an all-in-one machine, which requires high computing power for the device, such as expensive Microsoft Hololens.

Judging from the contents of VR technology display, VR products are mainly film and television products, application products, and game products. These three categories can basically cover most of the content categories. Among them, the current market is more interested in the research and development of VR technology game categories. This is because VR can bring deep immersion to the player. The virtual first-person role-playing game is more likely to capture the player and give the player a more stimulating sensory experience. For example, competition, shooting, sports games have a lot of room for expansion.

The virtual reality industry pioneer representative, UCCVR founder and CEO Fu Guoxin said that in 2017, mobile VR will exceed 15 million shipments, and smartphones with more than one billion shipments will be the largest carriers of mobile VR game content. . It can be foreseen that VR games will gain a rapid leap and increase on the mobile side. As for the development standards of VR helmets, Fu Guoxin predicts that there will be breakthroughs in weight, wireless, positioning, and experience.

As the "old driver" of the VR market, Chen Qingkui, Chairman of Jinan Keming Digital Co., Ltd., said that VR products should focus on three aspects. First, the visual experience must be realistic and simulation. The second is interactive. It must be able to interact in real time and not be able to entertain themselves. Self-music; Third, creativity, can not follow the flow, can not engage in helmets you engage in helmets, others should engage in helmets you get glasses ... game products are mostly burned, Chen Qingkui basically does not intervene. At present, VR companies in Jinan mainly produce application products and film and television products through VR technology.

"Most of the VR products on the market today are still based on 'seeing', that is, displaying the most. First, see more clearly and more three-dimensionally, second, see places and scenes that were previously invisible, and the third is unprecedented. From the point of view and perspective.â€ Shandong Wanteng Electronic Technology Co., Ltd., established in 2014, also used VR technology and AR technology in the intelligent manufacturing process. When conducting inspections on train lines, the company made full use of virtual simulation technology. VR technology has mature applications in the medical field, social field, automotive experience field and education field. â€œIn the modern exhibition halls and exhibition halls, the application of VR technology has accounted for two-thirds of the total. In the past, various exhibition halls and exhibition halls were mostly represented by exhibition boards, physical objects, and imitation products, but now they are mainly virtualized through VR technology. Come out and simulate it," said a VR technician in Jinan. In the Jinan market, there have been digital real estate under VR technology support, so that the industry has a sense of immersive. There are also some travel agencies that implement analog tour guides through VR technology. In addition, VR technology has emerged in the exhibition of cultural relics online, online planning, earthquake experience, diamond museums, and ancient city wall restoration.

Only creativeness will limit content. In Chen Qingkui's mind, he always wanted to use VR technology to do a work about Mr. Lao She. â€œThis is the winter in Jinan.â€ If this article is presented using VR technology, it will have pictures, sounds, scenery, words, and even the dynamic display of Mr. Lao Sheâ€™s creative process, just like the picture. In the exhibition hall of Keming Digital Corporation, there is a VR version of "Yanhua Autumn Color Map", which not only vividly displays the scenery of Lushan and Huashan, but also shows the scenery of rivers and fish jumping.

"According to your statement, whether the press release written by the reporter can also be added to the VR element?" the reporter asked.

"All of the things that need to be restored, restored, and traversed back, can all use VR technology. The news work is a restoration of the truth, and naturally it can be represented by VR technology. Maybe one day, scanning the article by mobile phone software, immediately present a three-dimensional VR scene."

Behind the VR products is the synthesis of over 100 technologies. VR products have their own technical thresholds.

In order to give the VR market a strong and comprehensive technical support, Jinan and Qingdao are trying their best to create a VR market atmosphere.

"Other people use VR technology to develop games. I use VR technology to conduct virtual simulation teaching. This is unique creative content." It is understood that Comin Digital Corporation is leading the country in building a virtual simulation teaching platform. In order to maintain this leading position, Chen Qingkui worked with well-known national experts and professors to compile â€œvirtual reality textbooksâ€ that contain VR technology. By scanning the graphics on the textbooks with mobile phone software, there will be three-dimensional, dynamic, and automatically disassembled and assembled screens. Before the eyes.

â€œIn March of this year, I will go to the United States to attend a science and technology conference. At that time, I will publish our unique 'Comin 365 Online Education Platform' at the conference. This platform is dedicated to using VR technology to conduct global virtual simulation teaching. The goal is to be the VR subdivision leader in virtual simulation teaching."