ARM is best known for its pioneering position in mobile chip development, but the company also offers a wide range of processing chips for other types of devices. In the upcoming Internet of Things era, what role will this chip company play?

Internet of Things, a market that is about to explode

Current technology trends point to a more seamlessly connected world, and to make this a reality, we need more cost-effective, low-power, and highly networked devices.

One of the biggest drivers behind the Internet of Things is the decline in processor production costs. Microprocessors and other important technology components are now cheap enough to be used in almost every product. Combining it with low-power wireless technology and the prevalence of the Internet in today's world makes it easier for those smart devices to talk to each other.

According to the MIT Technology Review, by 2020, the number of connected devices in the world will be close to 28 billion, and nearly half of them are not smartphones or PCs. 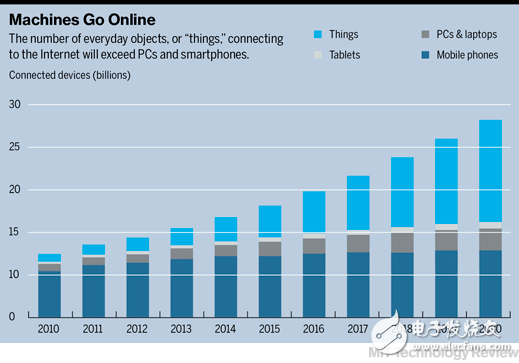 In 2013 alone, shipments of ARM microprocessors and microcontrollers have exceeded 10 billion. Although many of these processors are used in ordinary mobile devices, we are seeing steady growth in microcontroller shipments in other market segments, including automation, security, and even road lighting. .

How practical is a networked device? We can see some very good examples in the Nest product. Although the company's product types are limited, the Auto-Away function of its thermostat (automatically turned off when no one is at home) and the mobile phone reminder function of the smoke alarm are definitely in the right direction.

But this is just the beginning. It is reported that the UK will launch a dedicated IoT network next year. Earlier this month, BT Arqiva announced plans to use the "ultra-narrowband" technology to maintain the IoT national network, which would enable long-distance communications for a wide range of devices.

The beginning of "shabby"

As mentioned above, the role of price and supply in IoT technology is more critical than high-performance processors. The development of microprocessors can be traced back more than 60 years, and with such a long period of development, today's microprocessors are not only faster, but also cost as low as $1.

The importance of microcontrollers may not be obvious on large devices, but microcontrollers are indispensable for small, low-power, and inexpensive devices. IoT devices tend to take advantage of highly integrated components, they do not require scalable storage, which makes efficient all-in-one microcontrollers more valuable. 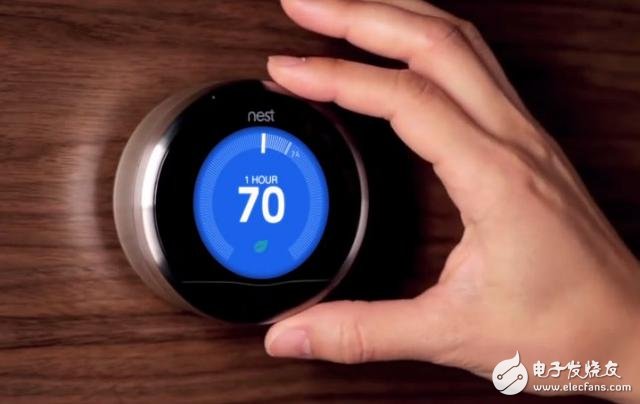 Today's low-power ARM processors can also work in a microcontroller configuration, which is also suitable for small devices with a small body. However, in order to meet the more unique needs of networked devices, ARM has been adjusting its own devices to improve security, enhance networking capabilities, and make processing performance more flexible. These provide all the necessary for IoT developers. Tool of.

Although we are more familiar with today's multi-core 32-bit and 64-bit processors, the seemingly shabby microprocessor and Cortex-M are at the forefront if they are to meet the needs of small devices and low power consumption.

As we know, ARM does not produce any finished microprocessors, and the final design is reserved for those who have licensed the core design. Even so, ARM has invested heavily in microprocessor design and processor core design. ARM's Cortex-M series already has more than 40 authorized partners, including well-known manufacturers such as STMicroelectronics and Texas Instruments. 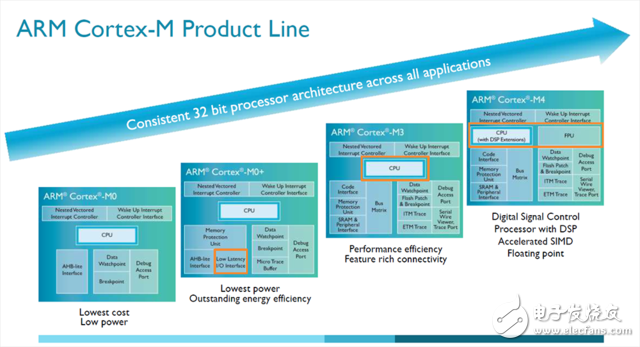 If you are familiar with the first wearable devices on the market, you may have noticed that they are all based on ARM-designed processors. The balanced Cortex-M3 is particularly popular with smartwatch devices, and the fitness trackers have chosen the smaller Cortex-M0 and M0+ designs.

The Cortex-M0 goes beyond the 8051 (a popular microprocessor introduced by Intel in the 1980s), although both may be well suited for the low-power requirements of IoT devices. ARM's experience in high-performance 32-bit architecture is reflected in this chip. In contrast, there are still quite a few microprocessors built on 8-bit architecture. Architectural changes have had a broad impact on developers, processing speeds, and encryption technologies.

The 32-bit processor has the ability to quickly perform complex tasks and send more data per clock cycle. This is especially useful for low-power devices that have a lot of idle time, because the 32-bit ARM processor can wake up quickly and perform tasks before going to sleep.

As can be seen from the above chart, ARM is very focused on improving the energy efficiency of the chip, which is extremely important for devices that need to be always on or have high endurance requirements. More sophisticated smart IoT devices are not built on a single input method and processor, but such devices will certainly require multiple low-power microprocessors to perform tasks for their wide variety of sensors and inputs. ARM calls this technology "sensor fusion," which uses a variety of different low-power, always-on sensors to enhance user interaction.

Compared to 8-bit or 16-bit processor designs, ARM's 32-bit design has additional advantages in terms of security. ARM's architecture is that all 32-bit processors can support powerful asymmetric encryption algorithms and protocols. Considering that IoT devices need to be connected to the network from time to time, with the development of the market, powerful encryption and security functions will no doubt be Will become more and more important.

Last but not least, ARM's low-power processors have full support for low-power connectivity, including Bluetooth Low Energy (BLE), IEEE 802.15, and Z-wave. These are equally important for networked devices. 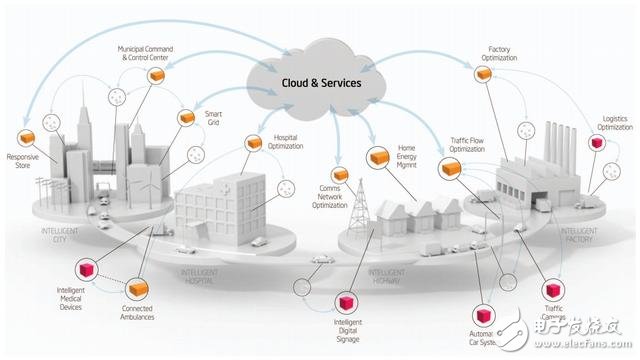 ARM's mbed developer platform is helping developers explore and extend the existing IoT product line, and in addition to providing developers with a wealth of hardware development resources, ARM has also prepared its own development board for its Cortex-M series. Development platform, this is similar to Intel.

In addition, ARM recently acquired the Finnish IoT startup Sensinode, which developed software that allows low-power devices to communicate using the IPv6 protocol, which is considered to be the key to future IoT communications. ARM has integrated Sensinode's technology into its own mbed developer platform, which also plays a central role in device-to-cloud communication and ARM's device management software.

ARM continues to complement the current support provided by partner Linaro, which provides open source software for ARM systems and traditional development platforms such as Java and Android, and this may also be between us and future IoT devices. The key to communication.

The investment in the new platform will become a real innovation driver for the Internet of Things market. In the future IoT world, if you look closely, you may find ARM processors on more devices.

Phenolic Paper Laminated Sheet is a hard, dense material made by applying heat and pressure to layers of paper or fabric, impregnated with a synthetic resin. These phenolics are approx half the weight of aluminum and their physical toughness resists abrasion, friction, impact, and material fatigue. Special properties fight off the corrosive action of water and many chemicals, increasing the service life and efficiency of your product parts. The insulating qualities of each grade, such as low dissipation factor and excellent dielectric strength, make them valuable for many precise electrical and electronic applications.
It is made of insulating impregnated paper impregnated with phenolic resin and baked and hot pressed. Has high mechanical properties. The heat resistance level is E level.