Currently, China is already the world's largest market for photovoltaic applications. As of the end of June this year, the total installed capacity of domestic PV has exceeded 60GW, and China has already taken the lead in the development of the world's new energy industry. However, this huge market has long been dominated by crystalline silicon cells, and the market share of thin-film solar cells, which is the future direction of photovoltaic technology, is negligible. Even so, there are still many companies who dare to challenge and innovate, and Hanergy is one of them.

Speaking of Hanergy, I believe that there is no one in the solar photovoltaic industry. As a global leader in thin film power generation, Hanergy's thin-film solar technology has been at the international leading level, and its gallium arsenide and copper indium gallium selenide have four world firsts, especially Hanergy's gallium arsenide thin film solar cell conversion rate has been It reached 31.6%, the highest record in the world.

The road to growth is bumpy. Along the way, Hanergy has experienced glory and experienced lows. At the moment when the solar industry is booming, Hanneng's development is expected as a leading company in the field of thin film power generation in China.

On November 17th, at the â€œOFweek 2016 (7th) China Solar Photovoltaic Summit Forum and Industry Annual Awards Ceremonyâ€ held in Shenzhen, Hanergy Holding Group successfully won â€œOFweek 2016â€ with its innovative all-solar power vehicles. 'Photovoltaic + 'Innovative Enterprise Award". On the occasion of the grand occasion, the editors of OFweek Solar Photovoltaic Network specially interviewed Mr. Zhang Bin, Senior Vice President of Hanergy Holding Group, who came to participate in the award ceremony, for the cost and endurance of Hanergyâ€™s solar vehicles, and the future development trend of thin film technology. Hanergy and Apple have discussed in depth the issues of common concern in the industry.

The following is the recording of this interview: 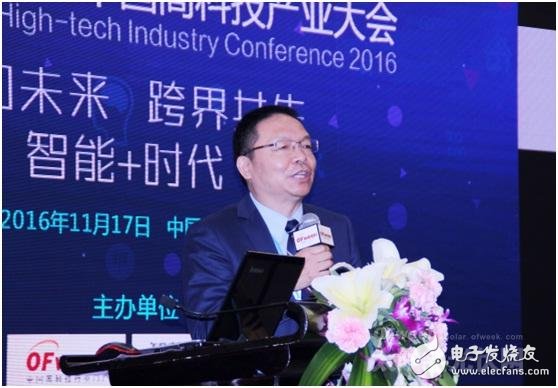 OFweek Solar Photovoltaic Network: At present, your company's flexible film maintains a world record. Can you please tell us about Hanergy's achievements in film?

Zhang Bin: As we all know, the photovoltaic industry is divided into two major technical routes, one is the direction of crystalline silicon, and the other is the direction of the film. Hanergy focuses on the direction of thin film power generation technology. Those who understand the history of Hanergy should know that Hanergy was originally engaged in the hydropower industry, and Mr. Li Hejun is also the world's largest entrepreneur of private hydropower stations. After examining hundreds of the world's most famous thin film related companies, Mr. Li Hejun believes that thin film solar power will lead the development trend of the future photovoltaic industry, so he invested more than 20 years of savings in the field of thin film solar power.

Currently, Hanergy has three companies in the US and subsidiaries in Silicon Valley. Through mergers and acquisitions and integration, Hanergy has realized the mass production and commercialization of its products from the original research and development of the laboratory. Moreover, while mastering the core technology, Hanergy has also greatly improved the conversion rate of the products. For example, at the beginning of the merger, copper indium gallium selenide has only 12% conversion rate. After the development of Hanergy's technology, the product has now achieved mass production, and the conversion rate has reached 17%-18%, and the laboratory conversion rate has even exceeded. 20%. In particular, our GaAs technology has achieved an overall conversion rate of 31.6%, breaking the world record and being at the top of the international level. In terms of breakthroughs and mastery of GaAs technology, I believe that Hanergy is at least five years ahead of other companies in the same field. Behind this achievement is Hanergy's huge investment after the merger. The continuous investment for many years has enabled Hanergy to have the world's leading technical equipment capabilities, which ensures that the core technology mastered by Hanergy can be rapidly developed.

OFweek Solar PV Network: Now that crystal silicon accounts for 90% of the market, what is the outlook for the film market? Which technical route do you think the film will attract attention in the future?

What consumers need now is a more life-oriented, tangible, tangible, and useful product. Now Hanergy is working hard in this direction, making product applications more life-oriented and entering the lives of ordinary people. For example, in the second and third tier cities, Hanergy's home rooftop power generation has achieved great success. Therefore, I believe that the future product line of film should be oriented to the needs of consumers, so that film power generation products are approaching people's lives, thus opening up the era of rapid development of film.

OFweek Solar PV Network: Can the use of thin film technology be used in the future, including the surface of the building?

OFweek Solar Photovoltaic Network: For the development of thin film solar energy, what kind of national policy is needed to support it?

Zhang Bin: On the one hand, thin film power generation, as an emerging energy industry, urgently needs the support of the state policy in the early stage of development, because any new thing needs to go through a process from birth to growth, which is a very difficult process. From this point of view, the state's support for the thin film power generation industry is very necessary. On the other hand, short-term countries should support thin-film power generation. In the long run, the thin film industry will inevitably become market-oriented in the future. Therefore, the industry must be prepared for marketization in the process of development, and cannot rely entirely on state support. I hope that the film industry can achieve better development under the support of the state, attract more people to participate, and let thin film technology become one of the few industries in China that have mastered core technologies.

OFweek Solar PV Network: What kind of role can mobile energy play in the â€œIndustry 4.0 Eraâ€?

Zhang Bin: I believe that the role of mobile energy is reflected in the phrase â€œenergy is everywhereâ€. Hanergyâ€™s mobile energy products allow users to achieve energy self-use and wireless sharing, and can also generate economic benefits. In the long run, we have now realized an independent system for distributed power plants. The next step is to accelerate the construction of the energy Internet through technology integration and energy construction. This is also the goal that Hanergy pursues.

OFweek Solar PV Network: We talked about the three shortcomings of new energy vehicles. The first is the battery life problem, the second is the cost issue, and the third is the charging problem. So, does Hanergyâ€™s all-solar car face similar challenges?

Zhang Bin: First of all, the question of battery life is the biggest scruples and concerns of electric vehicles. For new energy electric vehicles, the current domestic level of 30,000 to 50,000 charging piles is not enough. Although the country is working hard to build, the construction process will take a long time. With the use of solar energy as a power source, Hanergy Automobile can completely solve the problem of battery life. With a lighting area of â€‹â€‹6 square meters, the Hanergy solar car can be used for 5 to 6 hours a day, that is, it can be sent 8 to 10 degrees during the working hours. You can drive 10 kilometers at a time, then you can drive 80 to 100 kilometers from 8 to 10 degrees. In this way, the Hanergy solar car is completely ok in the city as a means of transportation. And if there is sunlight, the solar car can also be charged while driving. In theory, Hanergy solar cars can get rid of fixed charging piles, which can largely solve the problem of battery life and charging of new energy vehicles.

The second is the cost issue. The biggest cost of an electric car is the battery, which accounts for about half of the cost of the car, and the battery of a general electric car is very heavy. Although the initial investment cost of solar vehicles is relatively high, the cost will be greatly reduced after mass production. At the same time, with the continuous development of thin film technology in the future, the battery conversion rate will continue to increase, and the solar vehicle can not only save battery cost, but also reduce weight.

OFweek solar photovoltaic network: Graphene is now a hot spot. Can you talk about the future prospects of solar energy, especially solar vehicles combined with graphene?

Zhang Bin: Since the biggest feature of graphene is its fast charge and discharge speed, which is complementary to solar technology, the combination of graphene technology and solar technology has a lot of room for exploration. Through technology integration, it may be possible to improve the conversion rate of solar cells.

OFweek Solar Photovoltaic Network: In October, Shenzhen held a double-creative week. It is reported that many people are interested in Hanergy. There are rumors now that Apple will cooperate with Hanergy. I wonder if your company responds to this.

Zhang Bin: In the double creation week, Hanergy's products can be described as the focus of the scene. Because our chip can generate electricity in the case of low light, Apple is very surprised by Hanergy's chip, and thinks this chip is amazing. Our chip technology has received a lot of attention and the market response is very good. As for the details of the cooperation between Hanergy and Apple, it is not clear here.

In general, Hanergy is at the international leading level in equipment technology, and we now hope to play this advantage and cooperate with companies from different industries. At present, Hanergy's products are in a stage of short supply.

Zhang Bin: Hanergy emphasizes the development of clean energy, not new energy, because new energy is not necessarily clean, so we are pursuing clean new energy. The sun can be said to be the best gift to the people of the earth. Its one-hour energy can be used by humans for one year, so we must make better use of solar energy.

Hanergy is a world leader in solar technology. As a rare core technology in China, this is something to be proud of. In the future, Hanergy will use revolutionary technology to change lives and change the world. I believe that with the popularization of solar energy, in the near future, solar products will become an indispensable part of people's lives like LCD TVs and smart phones.